Understandably lots in the press at the moment about the type of people coming racing these days. I say understandably given the well publicised ugly scenes of fighting at Goodwood and Ascot earlier this year, followed up by the reports of courses being safe havens for widespread drug taking and binge drinking.

I found Epsom yesterday for Derby day to be a really interesting example of a mixture of good practices and some less impressive.

Let’s start with the good. I was immediately impressed that the racecourse was visibly handing out free bottles of water as you entered the course. I’ve not seen this at a racecourse before so given the hot weather this was a very good move.

I found all the Epsom staff I encountered nothing other than very friendly and keen to help. My 29 years going to the Derby have always been with my now over 80 year old father in law who is not, shall we say, the most mobile these days. My father in law always buys seats in the Duchess Stand – these days there are not many seats available, but if you get them you have a brilliant view of the course right over the finishing line.

My father in law really found it difficult to get up the stand to reach the seats before the first race, a challenge made all the more difficult with the marked off stairs not being kept clear. That aside, the stewards did a good job to make sure people didn’t stand where they weren’t meant to so views were unobstructed, and when I asked two of stewards whether my father in law could get access to a nearer toilet in the restaurant above us (which technically we didn’t have access to) they were very helpful.  What would also definitely help in the future would be something like a golf buggy taking the less able to and from the car parks.

No problem at all with the security which seemed appropriate given the occasion (and with the Queen being in attendance).

So what was not so good?

Well mainly I come back to the question who are racing trying to attract. If I was a lager drinking lad out for a good day then I would feel very comfortable with the multiple selling points for Carling. There were beer signs in your face all over the race course. Given Eve Johnson Houghton’s comments last week at Salisbury races questioning the selling of beer in enclosures, it was interesting that at Epsom you can buy beer almost anyway, and if, for some reason you can’t find an outlet (unlikely) then there are lots of people with big boxes of beer on their backs looking to top you up. In some courses (Ascot I think) you can’t take drink outside onto the course but clearly it was drinking in all areas at Epsom.

So drinking is sorted but what about eating? I though the offering of the tiny food court to be as bad as I’ve ever seen on a racecourse. Fine if you want a burger, or fish & chips, or a pasty but what else? There were a couple of tiny outlets between the Duchess stand and the Queen’s Stand (more burgers mainly) but that seemed to be it. I found that the small and hidden away Costa coffee outlet had sandwiches – though only a choice of four options and we had to wait quite a while for the ones to we wanted to be replenished.

It has long felt that many racecourses take for granted their core constituents – the people who love racing, and will always attend the Derby. I can’t believe many of them want to drink copious amounts of lager, washing down some mass produced pasties. And this is not about being a snob or anything like that; just offer a range – Newmarket and Ascot do this very well for example, and try and make everyone feel included.

In a previous blog I sang the praises of York racecourse, and in particular their pricing. As expected Epsom was very expensive, whether the £5 race card (though to be fair with lots more to read than a normal race card), the aforementioned sandwiches or the champagne which was probably on average double the prices of York. No doubt Royal Ascot will be worse still.

I appreciate the space around the Grandstand is not the biggest but if you were not there early (we were) there are hardly any seated areas and the space behind the paddock seems to get more restrictive every year.

I’ve long said that the undercard at Epsom is pretty poor fayre for one of the biggest of racing days, even more so when they moved the Coronation Cup back to the Friday. I understand the Saturday is all about the Derby but still feel that a couple of Group 3s and the Dash is nothing that special. And the point of the two races after the Derby are what exactly?

So it was a mixed day. But the sun shined. I backed the massively overpriced Derby winner at over 20-1 and I’ll definitely be back next year for number 30.

My plea to Epsom is stop concentrating on trying to please the people whose idea of a great afternoon is drinking many pints of lager and having a few bets. Racegoers are a broad church – and many come because they actually like the horse racing, the tradition and the occasion. We are also prepared to spend money and have a nice day too so please don’t take us for granted. 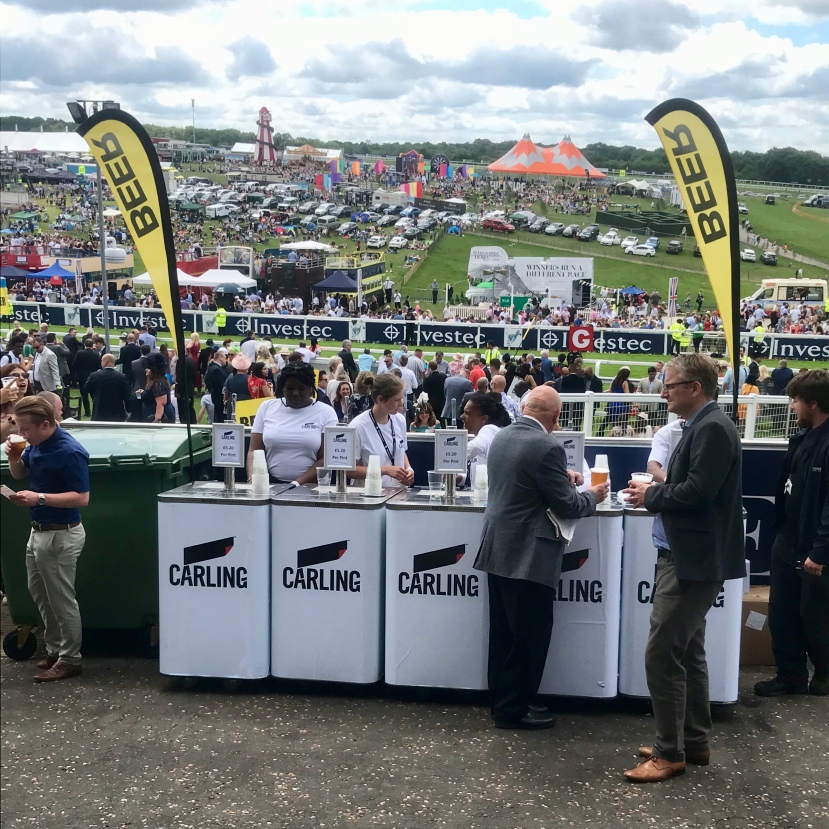 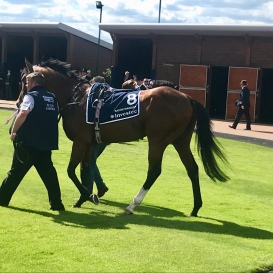 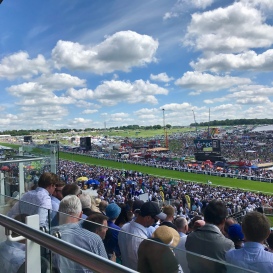 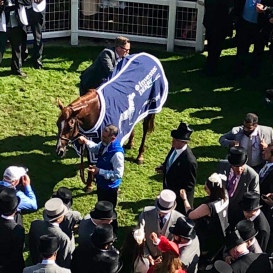